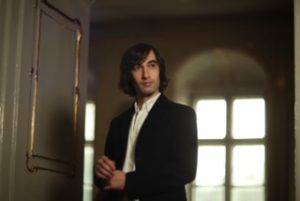 Piano City – one of Milan’s favorite spring-time events – comes to the city from the 17th to the 19th of May. Together with Kawai-Furcht, the Bagatti Valsecchi Museum will be one of the protagonists of this 8th edition. On Saturday the 18th at 11 A.M. the notes of Beethoven and of J.P. Rameau will vibrate throughout the house. The hands of the young and talented Alberto Chines will give life to this free concert that will fill the rooms with music just like the Bagatti Valsecchi brothers and their family members enjoyed.

The commentary is in Italian, but the music is universal!

THE ARTIST: Alberto Chines
A solid foundation and the mingling of many and varied didactic and professional experiences have contributed to making Alberto Chines a vivacious and multi-faceted artist. The young pianist from Palermo trained at the Accademy of Imola with Franco Scala and Piero Rattalino, and at the Conservatory in Bolzano with Davide Cabassi. When fifteen years old, he debuted at the Teatro Massimo of Palermo, and in 2011 he won the first prize of the international piano competition “Palma d’Oro” in Finale Ligure. In 2013, he won the Sony Classical Talent Scout prize of Madesimo, and in 2014 the second prize of the Euregio Piano Award (Geilenkirchen, Germany). He has performed in the Sala Mozart of the Accademia Filarmonica of Bologna, at the Teatro Olimpico of Vicenza, at the Politeama Garibaldi of Palermo, at the Van Cliburn Recital Hall of Fort Worth (Texas) and in Spain, Portugal, England, France and Germany. He recently debuted in London for the Keyboard Charitable Trust and at the Tiroler Festspiele Erl (Austria). His first CD is coming out with music of Bach, Schumann, Ravel and Bartók. Alberto Chines is also very active in chamber music, and collaborates with the violinist Anna Serova and the guitarist Eugenio Della Chiara. He also has participated in various projects in a trio (Trio Casa Bernardini), quartets and quintets. He created the international music festival Musica Manent Festival (Ustica) and collaborates with “Primavera” of Baggio in Milan.